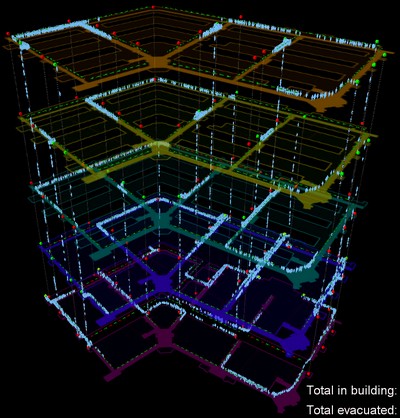 Where the border analysis products were based on nodes and paths that company also built a series of grid-based tools to model events in airports, train stations, and buildings. These led to the company winning multiple contracts to create tools to manage building evacuations. It started by constructing a capability for the U.S. Secret Service to simulate the movement of large numbers of people into and out of events while maintaining safety and security. The most important initial use case was determined to be evacuations so the capability was originally called the Evacuation Planning Tool.

The initial phase of the project involved specifying the operating parameters of the modeling system and a proposed design for a user interface that would allow all values to be initialized and modified. The operation of autonomous agent models was well understood and I was quickly able to create mockups of UI screens that would allow users to control all aspects of people, officers, rooms, and threats. I described methods for communicating information between individuals about blocked routes, fear reactions and the potentially calming influence of guide personnel, and mechanisms for having groups of people stay together, including individuals pushing associates in wheelchairs. The tool was later expanded to include security inspections. 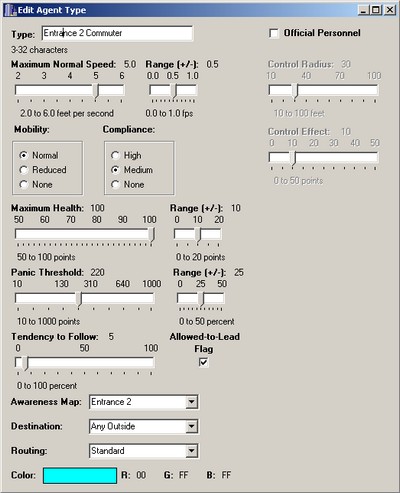 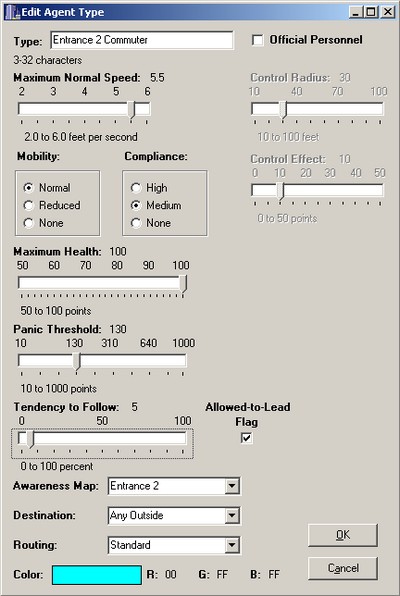 The simulation environments were sometimes generated automatically from information extracted from standard BIM representations. In particular we created software that was able to identify rooms, door, windows, and stairs within Revit files.